When Mediation May Not Be Suitable For Divorcing Couples - Jarmans Solicitors

You Are Currently Here! Personal Law When Mediation May Not Be Suitable For Divorcing Couples 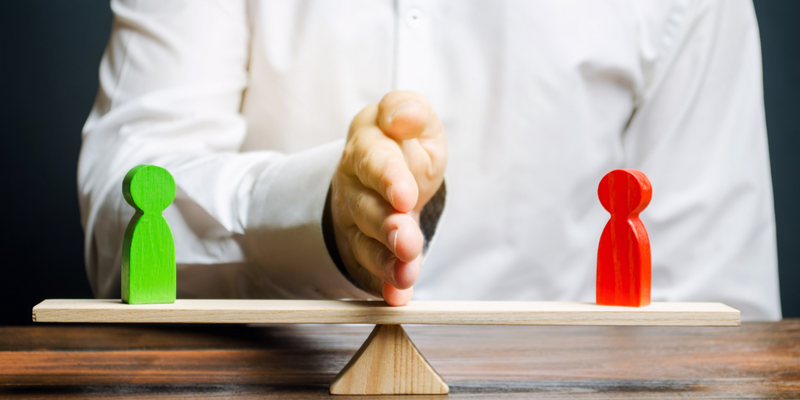 When Mediation May Not Be Suitable For Divorcing Couples

Since April 2014 divorcing couples have been required to show that they have considered mediation and have attended a Mediation Information Assessment Meeting (MIAM). Mediation works by bringing divorcing couples together, either in the same room or building, in an attempt to sort any differences with the help of an impartial third person, however, there may be circumstances where mediation may be unsuitable. It’s important to remember that there are distinct differences between mediation being an unsuitable option and the mediation process being more difficult.

In cases where domestic abuse has been present in the relationship one party may find themselves in fear and unable to even consider being in the vicinity of their ex. There may also be legal restrictions in place as a result of abuse, which make it impossible for either of the individuals involved to be near each other.

It’s important to remember that the abuse does not necessarily have to be violent, evidence of emotional and financial abuse are valid reasons to suggest that mediation is not a safe option. If either of the parties involved require the protection of the court, for example in instances where abuse may have taken place, mediation would also be deemed unsuitable.

In divorces where the Court has suspected one of the parties of hiding assets and has used their powers to find or freeze them, mediation would also be considered an unsuitable option. Similarly, an MIAM is inappropriate if one of the two parties is undertaking bankruptcy proceedings, because of the complexities of bankruptcy.

Evidence of reasons for not continuing with mediation doesn’t need to presented at the time of making an application to Court, however it will need to be provided when you appear in person.

These are the only factors that will be taken into account as reasons to not begin mediation.

Divorcing couples may find mediation difficult and unpalatable as it’s likely you do not want to speak with the other party, it is still a cost-effective and often rapid way to reach a resolution to the parties finances.

If you are considering a divorce or are concerned that mediation may not be suitable, our team of divorce solicitors will gently and pragmatically guide you through every step of the process. Contact us by email or phone to make an appointment. Alternatively, we offer a fixed £120 fee inc VAT  for a 45-minute meeting with one of our highly experienced family team. If you would like some confidential advice about a family legal issue, contact us today to book a meeting.